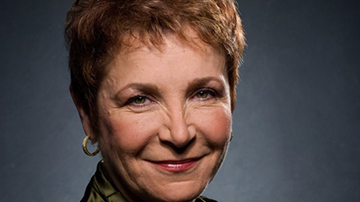 Caroline Myss (born 1952) is an American author of numerous books and audio tapes, including five New York Times Best Sellers: Anatomy of the Spirit (1996), Why People Don’t Heal and How They Can (1998), Sacred Contracts (2002), Invisible Acts of Power (2004), Entering The Castle (2007), and Defy Gravity (2009). Her most recent book, Archetypes: Who Are You? was published in 2013. She describes herself as a medical intuitive and a mystic. She was on the The Oprah Winfrey Show several times with her first appearance being in 2002. In 2001 she hosted a TV series titled The Journey With Caroline Myss on the Oxygen (TV network), co-owned by Oprah Winfrey, exploring the spiritual and psychological roadblocks of life in an intimate workshop setting, apart from that she has also done TV Specials, “Three Levels of Power & How to Use Them” and “Why People Don’t Heal & How They Can,” based on her work.
Click here for more about Caroline